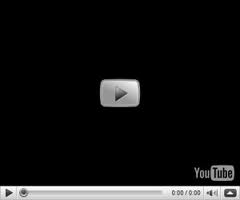 The video above animates London's amazing growth over the last 2,000 years. See what sites from each of the city's most important periods are now listed or in some other way protected. For example, did you know that there are more listed buildings from the Georgian period than any other before or since?

Officially titled The London Evolution Animation it was:

... developed by The Bartlett Centre for Advanced Spatial Analysis (UCL), as a partnership project between English Heritage, Dr Kiril Stanilov - The Centre for Smart Infrastructure and Construction (University of Cambridge) and Museum of London Archaeology (with the Mapping London and Locating London's Past projects), and was initiated and directed by Polly Hudson (PHD).

The London Evolution Animation (LEA) shows the historical development of London from Roman times to today, using georeferenced road network data brought together for the first time. The animation also visualizes (as enlarging yellow points) the position and number of statutorily protected buildings and structures built during each period.

Do you have a favourite period in London's history? If so let me know below: