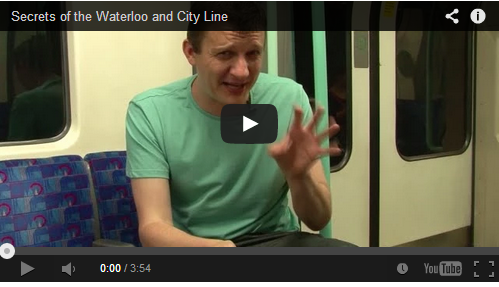 Today is the final Secrets of the Underground video in the series. In this video Geoff Marshall looks at the Waterloo and City Line, the Tube's shortest. Now you'd think there wouldn't be too many secrets on such a short line, but Geoff's been very sneaky and manages to uncover the following:

It's too bad there aren't more tube lines to include in this series, but like me perhaps Geoff can now focus on the Overground and the DLR for his next videos.

You can read my account of the Waterloo and City line here: Waterloo & City Line – Walk And Tube Station Visits

You can also watch all the other Secrets of the Underground videos in the series here: